Developers often hardcode credentials on a public or private GitHub repository, ramping up data leakage risks. It’s hardly better to store static credentials in the .aws/credentials folder on a server or a local operator machine. As american cryptographer, writer, and computer security specialist, Bruce Schneier, says: . “Only amateurs attackWe machines; professionals target people.” Therefore, you, not your hardware, is at risk.

By executing fraudulent software, cybercriminals can easily steal all the data from the folder or a whole directory with your, your friends’, and clients’ credentials. Even the AWS support team is exhausted with constant tickets regarding stolen credentials from public Git repos. Here’s why if you commit keys, expect an email in 3-5 minutes saying that the IAM policy has been applied. It means that you can’t get rid of the policy or destroy exposed credentials.

Even such measures don’t solve the problem. According to the Verizon 2022 Data Breach Investigations Report, there’s been an almost 30% increase in stolen credentials, proving it to be a true-and-tried method to gain unauthorized access to an organization for the past five years. In fact, they account for almost half breaches.

For the past 12 months, 31,000+ stolen and leaked credentials were detected for FTSE 100 companies, while almost 40% were disclosed on the underground. The same happened with 1 billion records of Chinese private citizens’ data stolen from the Shanghai police in Summer 2022. All this was possible due to exposed credentials on CSDN—the Chinese Software Development Network.

The worst part — developers can do nothing to prevent the attack even if it’s detected quickly. Honeypot results showed that it takes 1 minute to find exposed credentials and launch attacks. The entire attack lasts only up to 4 minutes from the moment of exposure.

Aws-vault is a tool that has tackled the problem of stolen credentials for six years already. It stores your IAM credentials in a secure keystore and then generates temporary credentials to expose to your shell and applications. Therefore, the keys are not hard-coded or static, which decreases data leakage risks. Here are four key problems that aws-vault solves: 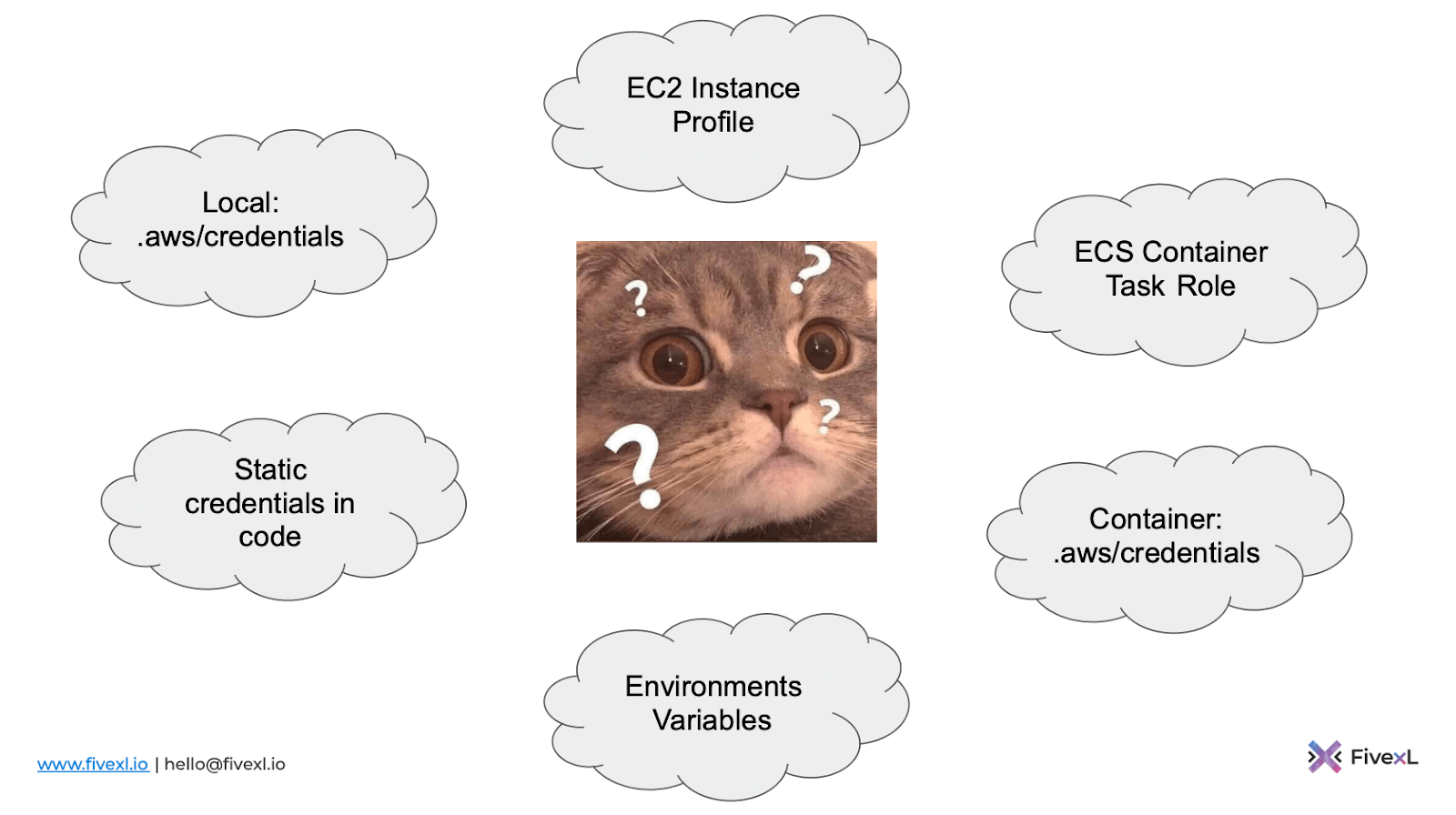 How to Practice With aws-vault Link to heading

Most likely, currently, your logins and passwords are hardcoded. You may believe that it’s a convenient way to share credentials with your team without passing them over manually. Therefore, your code looks as follows:

In this case, your data can be easily stolen and used for malicious purposes. Here’s a brief guide on how to boost your credentials’ security with aws-vault:

Once you are set, you can start generating environment credentials with aws-vault. Suppose you have a primitive JavaScript-based app to test. You initiate a command for the vault to take dynamic credentials and add them to development environments for the app to run. With AWS SDK, the JavaScript app will get the credentials. 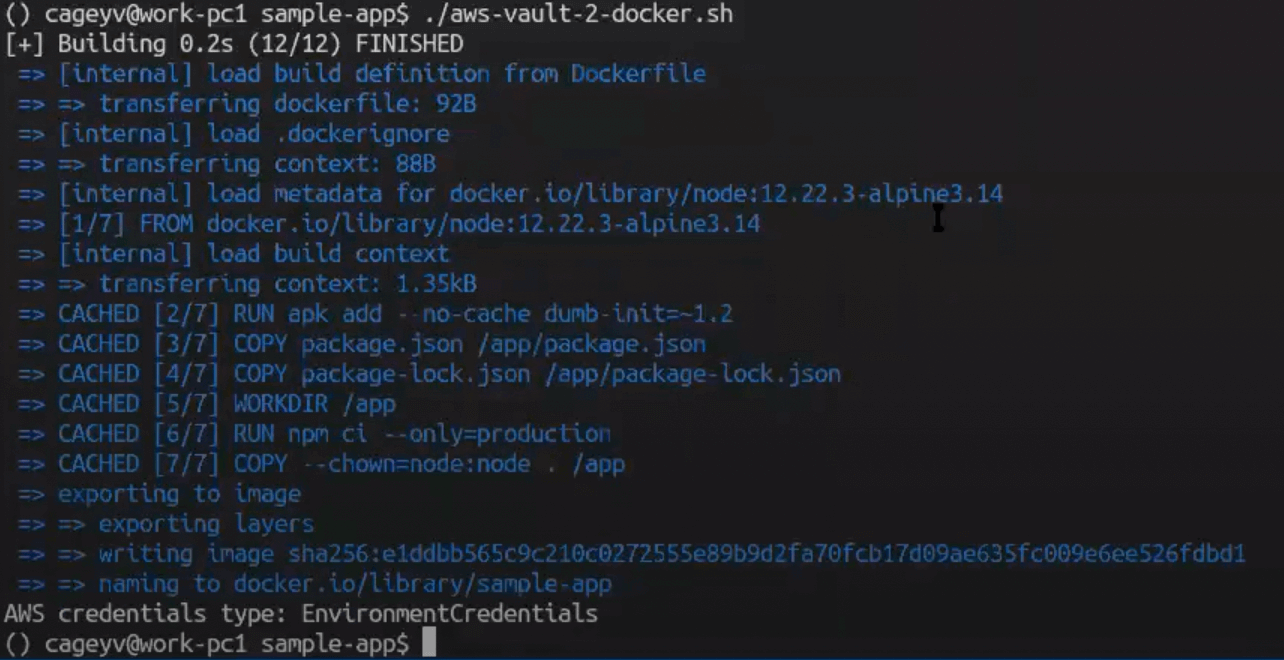 Aws-vault also allows you to simulate the ESC credential server and ES2 Instance Profile. For example, if you use the tool to deliver the credentials to docker-compose, aws-vault will pretend to be a part of the server responsible for credential transfer. The results in the development environment show that aws-vault launched a local simulation with a specific token just as on ESC. There will be remote credentials, while access key and session tokens aren’t transferred.

If you want to simulate ES2 Instance Profile, the tool will run a local proxy. Here, you can’t avoid using root. As a result, you get EC2 metadata credentials.

You can learn more about all the explained examples here: https://github.com/cageyv/aws-vault-examples

Benefits of aws-vault Link to heading

Here are the main benefits of using aws-vault

Another service that allows developing and testing apps offline is Local Stack. It comes free and paid and serves as a metal developer that builds an app with AWS locally. Local Stack can simulate a lot of AWS services without access to the cloud to provide a seamless coding experience. The tool has a decent open-source database to speed up the coding process and let you focus on business objectives. The same applies to aws-vault, which facilitates credential transfers, reduces sensitive data leakage risks, and allows you to devote more time to meaningful tasks rather than thinking about how to pass keys without hardcoding them.